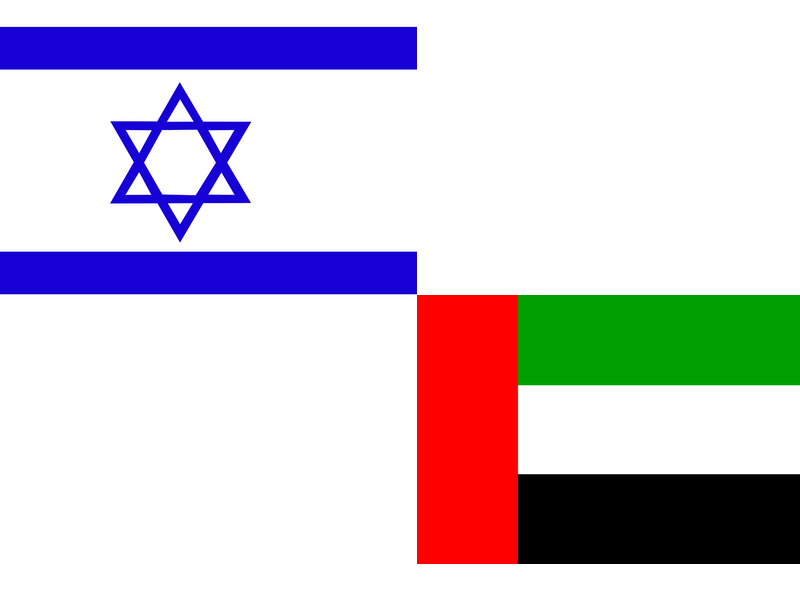 If the agreement is signed (September 2020), the UAE will be the third Arab country, after Egypt and Jordan (1979 and 1994 respectively) to formally normalise relations with Israel. It would also mark this as the first Persian Gulf country to do so.

Israel has also agreed to suspend plans for applying sovereignty to parts of Judea and Samaria (also known as annexation).

This agreement would normalise the longstanding informal relations between the two countries.

In terms of what is considered the “normalisation of ties”, this applies to business relations, tourism, direct flights, scientific cooperation, and, in time, full diplomatic ties at ambassadorial level.

Thus far, commercial agreements between Israel and the UAE around handling and helping in the coronavirus pandemic have been set up, as well as looking into cybersecurity and defense solutions, are part of the negotiations.

Monday the 31st August 2020, El Al Flight 971 (dialing code for UAE, and newly assigned route number) departed from Ben Gurion Airport in Tel Aviv, directly to Abu Dhabi, flying over Saudia Arabia, who opened up the airspace (indefinitely) for such flights, signaling their warming of relations with Israel. Bahrain is looking into similar arrangements.

Ordinary Israelis and Emiratis are joining in and celebrating in the new partnership. They have been joining youth sessions and even yoga sessions over Zoom.

Furthermore, a kosher catering company supporting the local Jewish community in Dubai has been promoting a new brand of “Kosheri” food, which is a fusion of traditional Jewish recipes with Emirati spices.

The tides are changing, and South Africa should take advantage of this atmosphere to promote dialogue and engagement to promote peace along with other parts of Africa, who have warming ties with the Holy Land.